skip to main | skip to sidebar


I haven’t blogged in awhile.  Where does the time go?  I remember being on a big running high the last time I posted, then hitting a slump, a deep trough, coming out of that slump (which coincided with a cooling trend in the weather) – to rebounding to where I am now (where I don't really care about the heat anymore - it is what it is), and now it's just about a month away from Chicago time.  Yikes-a-Doodle.

This training business is really the marathon.  Race day itself – while being adrenaline fueled and exciting – should really be the culminating party.  It’s these hot days of summer that have been the real challenge.  Rising at or before 5AM multiple days of the week; working around the heat; slogging along on these long long runs; trying to imagine what actually completing 26.2 miles will actually be like.  I can’t think of another time I have set my mind to a consistent 18 week anything, let alone this very physically challenging feat.  And it doesn’t stop at the end of those Chicago 26.2.  Three weeks after my first marathon, I will run the Los Angeles Rock ‘n Roll Half Marathon.  I ran that one last year and so enjoyed it  I signed on very early this year to do it again (before I knew I was running Chicago).  So I also have a goal to repeat that race and maybe even improve my time.  It’s also Halloween themed, so I may have to break down and actually wear something silly this time. Check out the Halloween medal and shirt - yum!

And then Manny and Cathy are getting everyone all excited for the Dana Point Turkey Trot on Thanksgiving morning.  So being one to want to run off Thanksgiving dinner before I eat it, I signed on for the 10k. This will be my third consecutive trot in Dana Point - whoda thunk.  That should do it for 2012.

But never fear, I am already registered for Surf City in Huntington Beach (hello, they are repeating the Beach Cities Challenge in 2013 - so I just may need to run OC and Long Beach again next year too), and Team MOB is putting together a Spartan Race team for late January.  Yep, I agreed to run through mud and fire.  Oh lord. I have read that runners often plan their next races before the race they are training for has actually happened.  Or even, in the throes of agony crossing a finish line, they start talking about the next time they will do it again.  Yup - that's me.

Could it be that I really like this running thing?  I DO!  And this picture that Run the Edge posted not long ago reminded me of why I do.  It's all for me, baby. 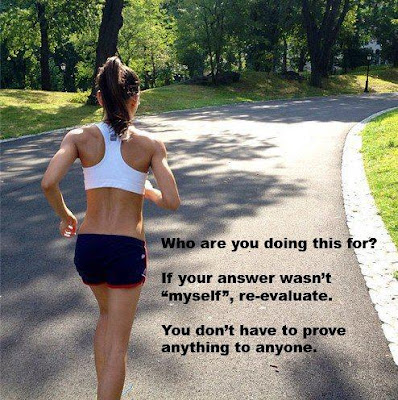 Yeah, I have been too busy this summer training and spending time with the family to do much crafting this summer, but there will be time for that later....in fact, I was seriously considering going 100% digi on the scrapbooking....may just be the way to go.  Anyone up for a scrappy yard sale?  That'll be for another time.  Right now, it's COUNTDOWN time for Chi 2012!.

Whooya.
Posted by Scrappy Running Me at 10:13 PM

Scrappy Running Me
I am a runner and a scrapper. Welcome to my cardio crafting world!

I am Running and Running...

Running Insanity (in a good way)